A well-known term in the brain-based world is “downshifting.” According to Renate and Geoffrey Caine who first coined the term, downshifting is “the psychophysiological response to threat, accompanied by a sense of helplessness or fatigue. The downshifted person experiences a sense of fear or anxiety, not the excitement of a challenge. Downshifting is accompanied by a feeling that you cannot access your own ability to deal with the situation. Downshifting can result from very drastic conditions in early childhood; but what we’re seeing is that, to a lesser degree, downshifting is everywhere in the schools.” (Twelve Brain/Mind Learning Principles in Action, 2008.) 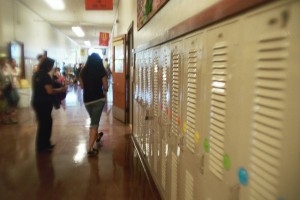 Here are some common occurrences that can “de-motivate” or downshift students making it difficult for them to be fully engaged in class. By looking at the list, we might become more aware of ways we can do the opposite: create smoothies for the brain! How many of these de-motivators exist in your school or classroom?

These are just a few of the conditions that can cause a student to downshift in school. It takes courage to self-reflect on the ways we contribute to downshifting in our students each day. We can begin by doing the opposite thing listed above and increase the conditions for promoting relaxed engaged learners. Some examples of these “smoothies for the brain” are:

Our goal is motivated and engaged learners. Becoming aware of things that disengage learners and then working to end them, can make a big difference!

NISCE publishes a series of white papers on the challenges and benefits of student-centered education. Download free pdfs of our latest white papers here.  Interested in working with us on a white paper? Email twilson@nisce.org. Thanks.
4 Flares Twitter 4 Facebook 0 LinkedIn 0 Filament.io 4 Flares ×