You are here: Home / Policy Issues / Standing Up For The Student In The Midst of Standardized Testing
0 Flares Twitter 0 Facebook 0 LinkedIn 0 Filament.io Made with Flare More Info'> 0 Flares ×

Christopher Chamness, the son of a former teacher, will likely not be surrounded by his third grade classmates next spring when they take their standardized test, according to a New York Times article Student Assessments Facing Stiff Backlash in Texas. Why? His mother will be pulling him out of class to protest the system she says has sapped her son’s love of learning. While the move is bold—her son’s school does not permit students to miss test days for any reason – it is in line with a backlash to standardized testing that we are seeing around the country.

There are many who have concluded that the current emphasis on measurement and accountability which is at the core of the Federal No Child Left Behind Act leaves little room to address and support the individual skills, talents and needs of each student. Instead, it mandates progress and prescribes punitive actions for schools where “adequate yearly progress (AYP)” is not achieved. In many states, this punitive action extends to students where failure to pass a ‘high stakes test’ prevents that student from graduating. 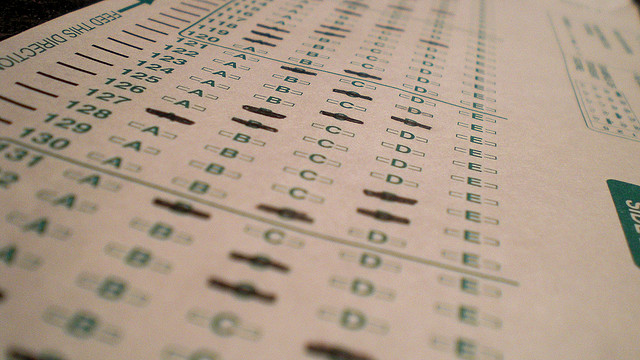 In the case of Ms. Chamness and her son, some legislators in Texas are mulling over how to postpone some of the test’s consequences for students. Others believe that, “once the transition to the new exams occurs, students will be left with a much better assessment system, one that eliminates the need for educators to teach to a test because it was based on courses, not subjects.”
Testing to better understand a student’s strengths and weaknesses makes sense if it leads to teachers modifying instructional methods so new learning can take place. Assessments with the goal of helping unlock each student’s best potential would seem more consistent with educational purpose. Testing surrounded by high anxiety and system-wide angst seems at odds with what is best for students.